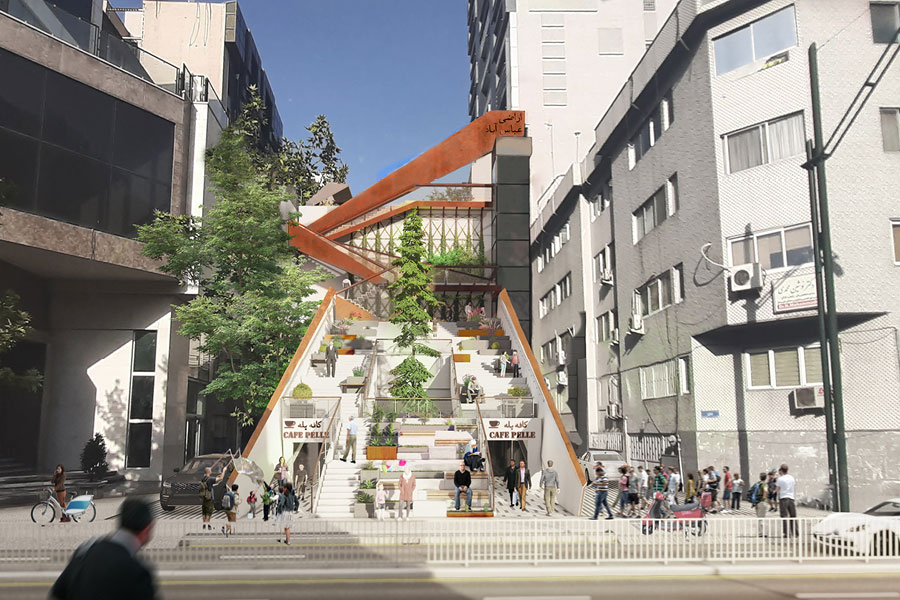 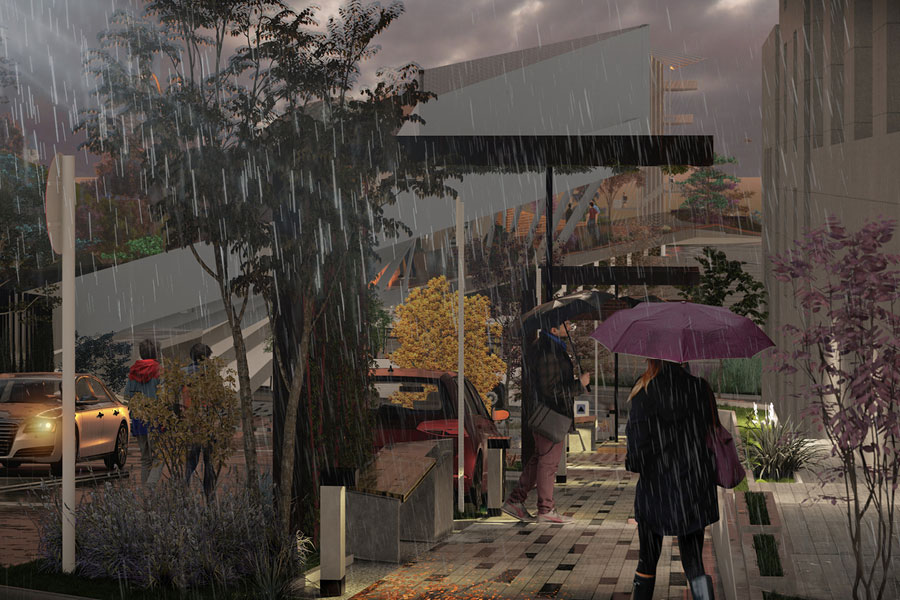 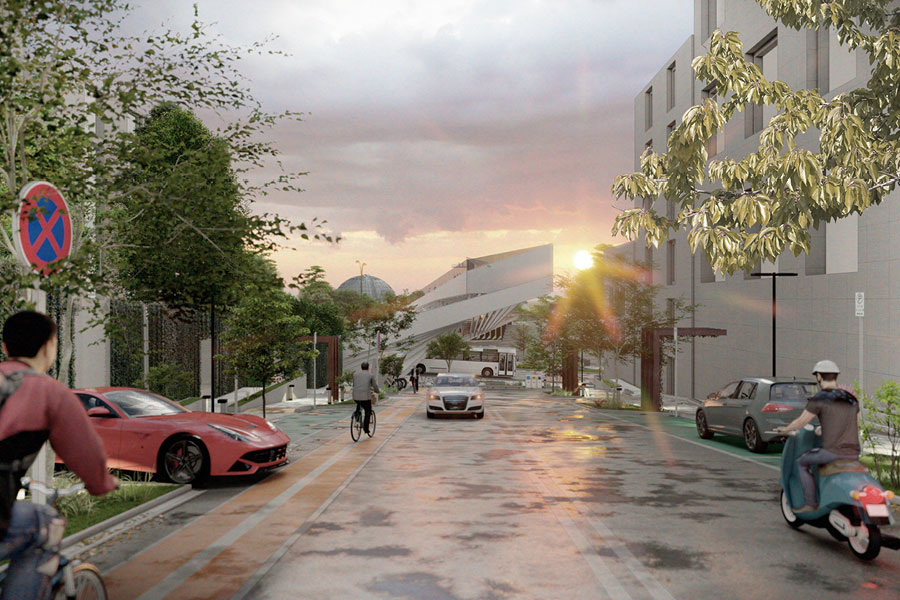 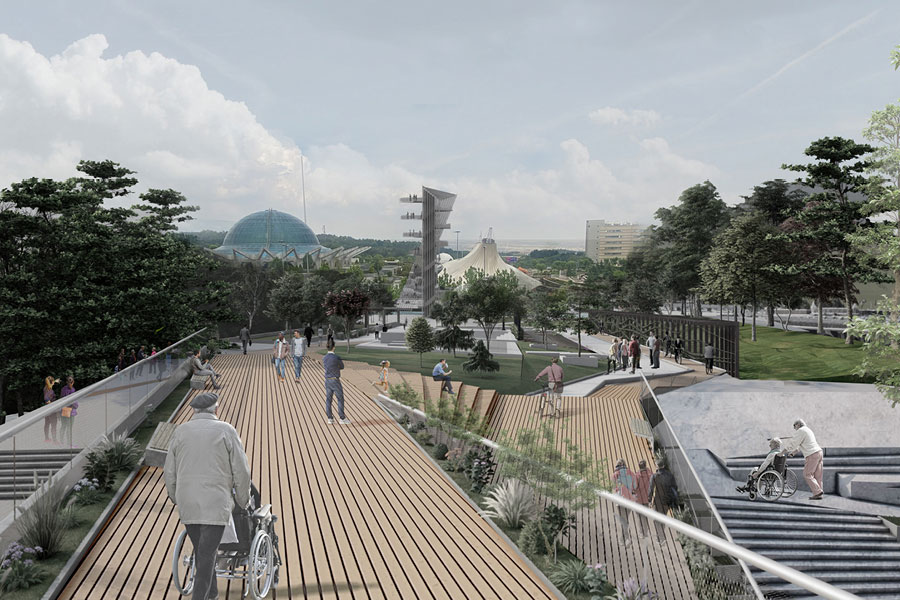 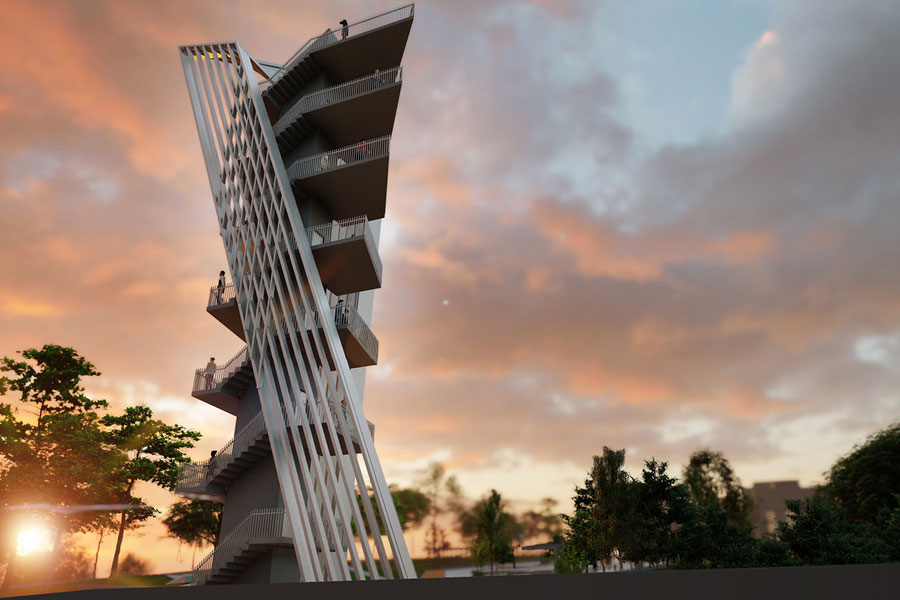 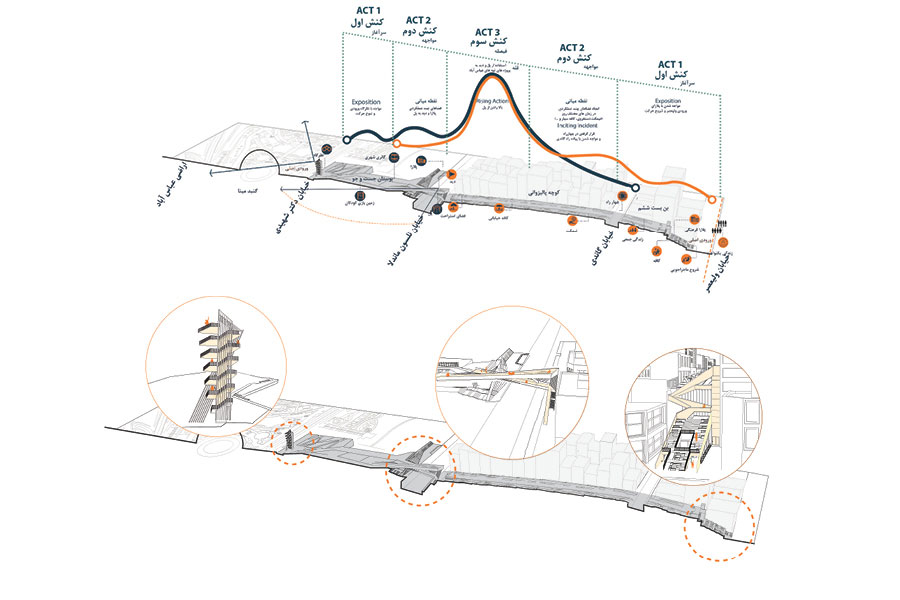 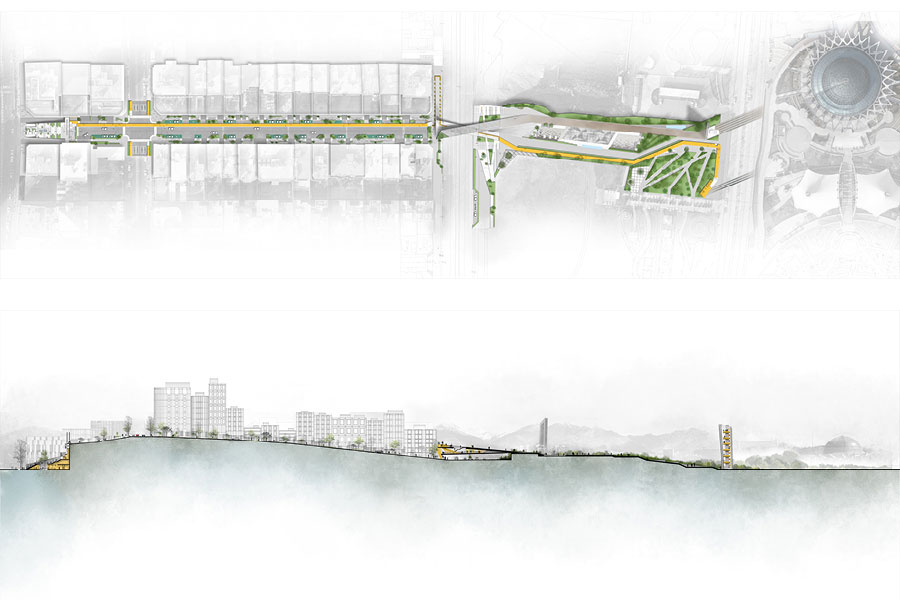 How can Vali’asr St (the most historic and significant street of Iran) be connected to the AbasAbad lands (the most highlight public green space of Tehran, Iran), creating a recreative walkway?

Not only this walkway has to refine the whole path, but also it should contain both Vali’asr St and AbasAbad lands characteristics. The passage improvement must include high quality for pedestrians, cyclists, and disables while narrating a movement story, starting from either side of the walkway.

Based on the regular three acts structure of the movie and music, the design concept has focused on three critical points of the site along the walkway.

By starting the journey from the Vali’asr side of the walkway, a story begins. Connection of these two significant urban landmarks would be the birth of a unique walkway with especial identities, leading to maintain and develop pedestrian life quality.

Converting the identity of the Vali’asr St -by Gandhi walkway- to the AbasAbad lands one and joining them in the Nelson Mandela Bridge is like a film scenario, comprising three structural components: Beginning, Encountering, and End.

The first designed scenario: Starting the journey from the Vali’asr St

The second designed scenario: Starting the journey from AbasAbad lands