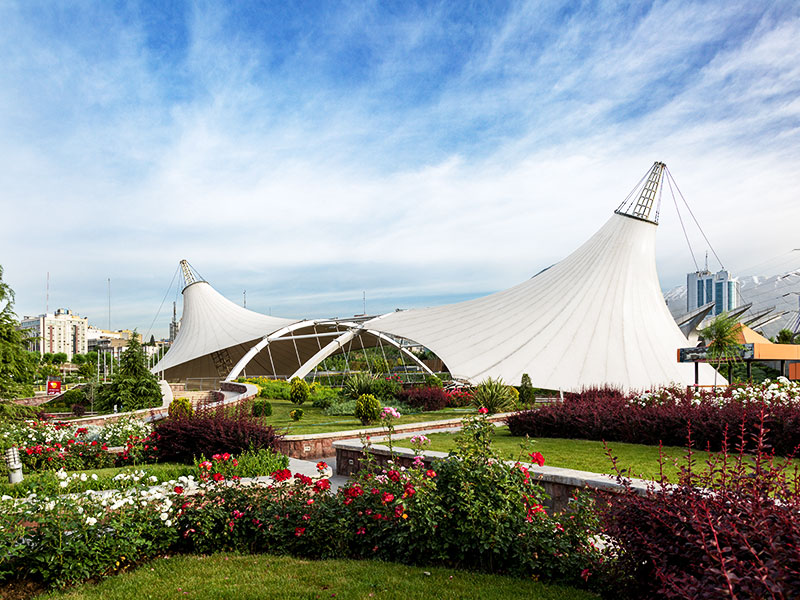 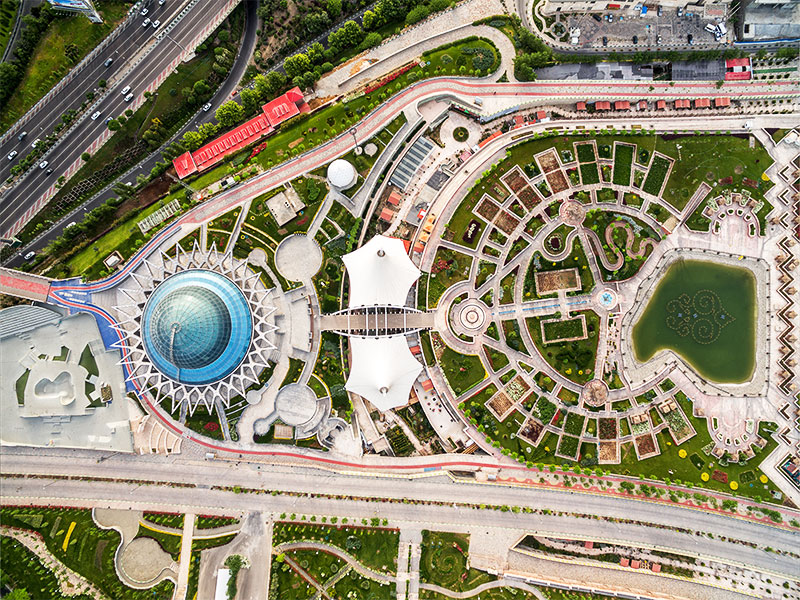 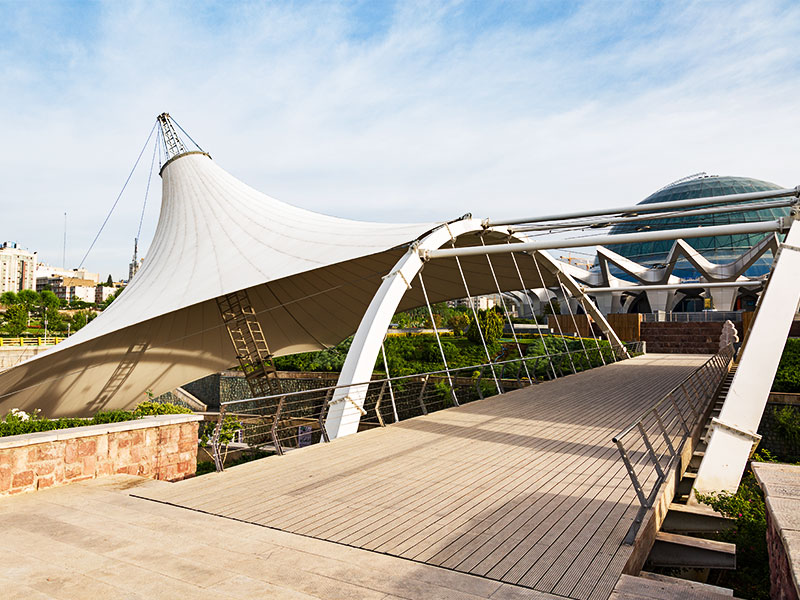 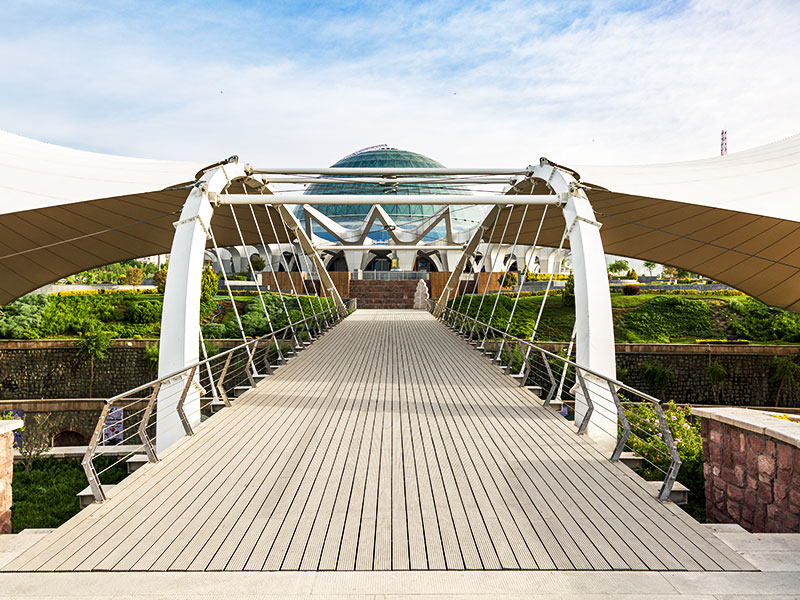 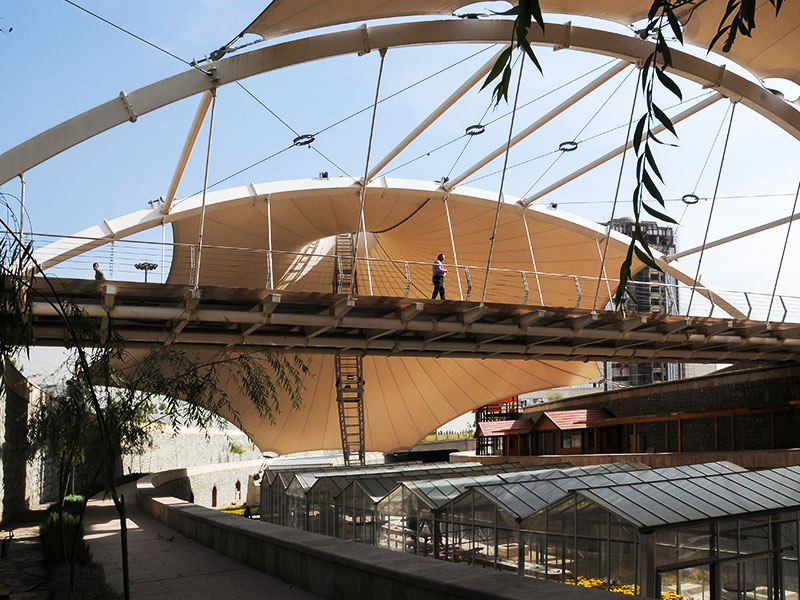 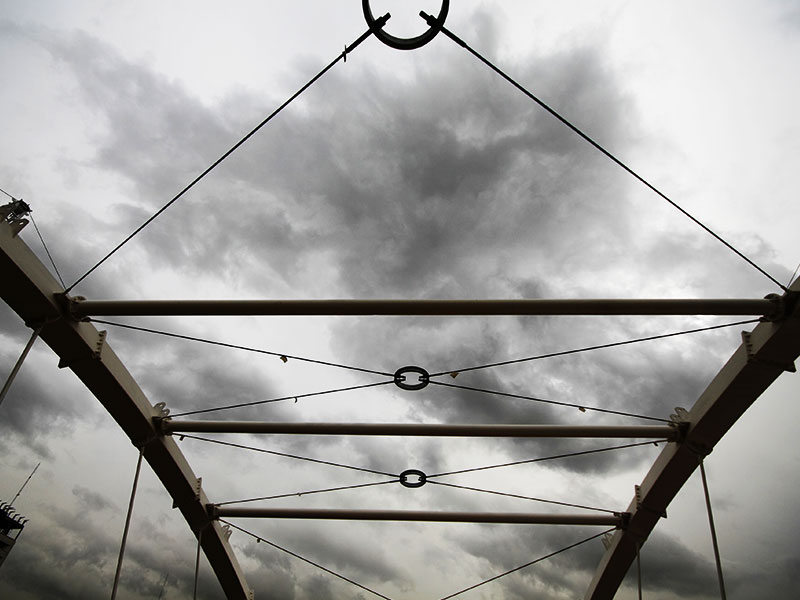 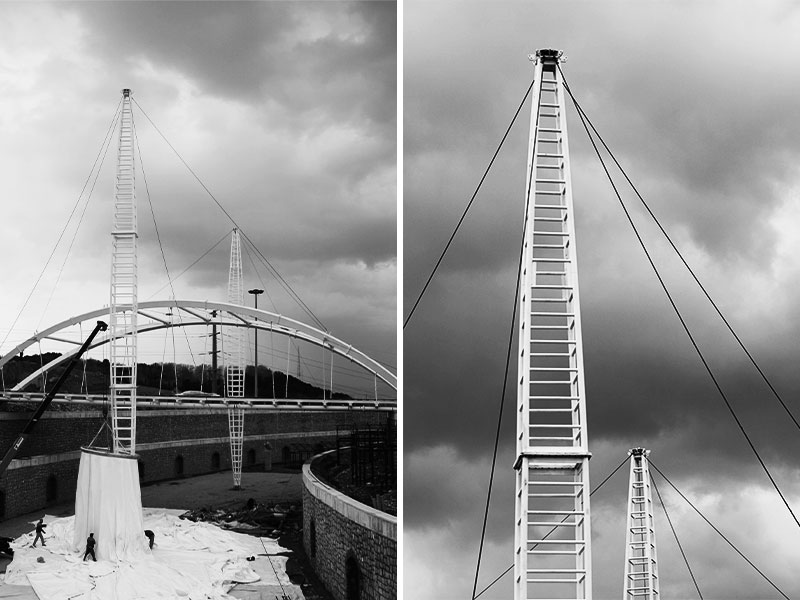 On April 1st (Farvardin 12th) Mr. Ghalibaf - The mayor of Tehran- Officially opened "Norouz Park". This Beautiful Park, located in AbbasAbad lands, holds many attractions such as Tehran biggest planetarium, a professional skating ground and a permanent flower market which Diba Tensile Architecture in cooperation with Massimo Maffeis Engineering and Consulting has designed and constructed a covering membrane for it.

Bazaar Gol (The Flower Market) is located in a small valley to the west the recreational area of Abbas Abad lands. The Abrisham Bridge II connects the two sides of this small valley together and therefore provides a pedestrian-only link between Norouz and Safarhaye Asemani Parks.

Two membrane cones which form part of this structure cover an area of about 2000 square meters above this market. What led to the design of Abrisham Bridge II and its membrane coverings was the aim to create a distinctive landmark for Bazar Gol in Abbas Abad lands which now is open the public.

The used fabric in this project was made of PVC-coated polyester, which is a good resistant to ultraviolet (UV) radiation and environmental contaminants.