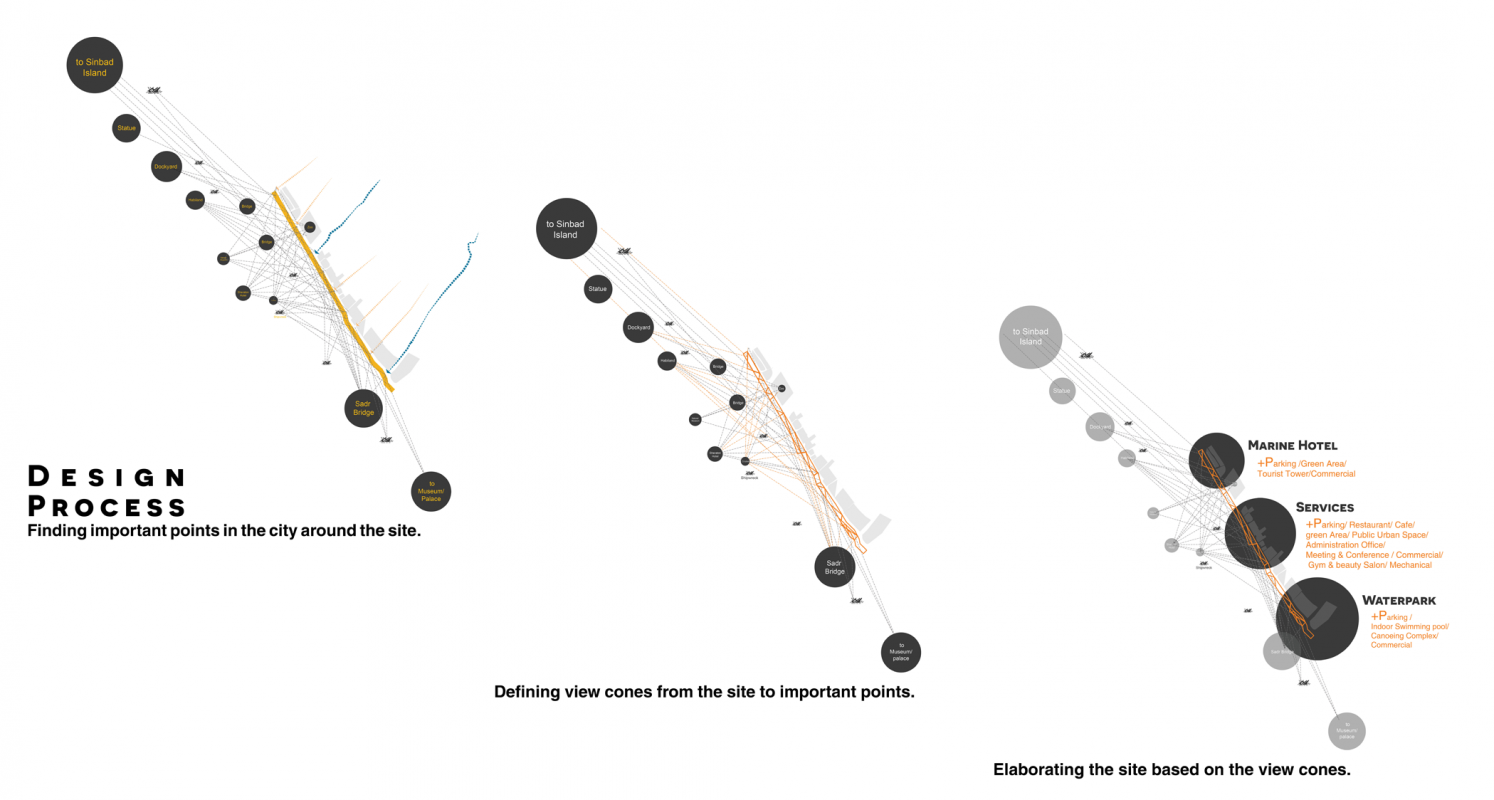 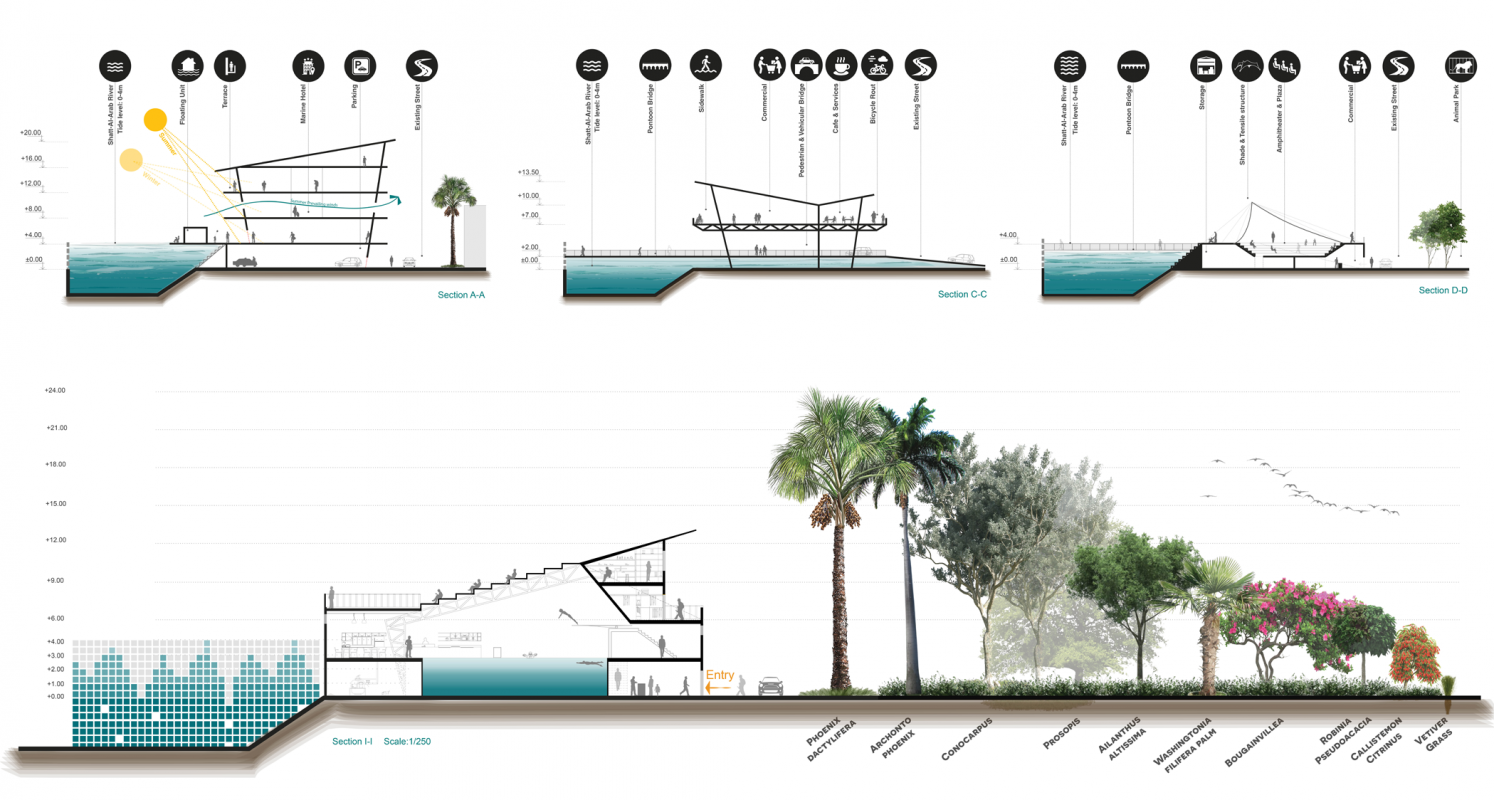 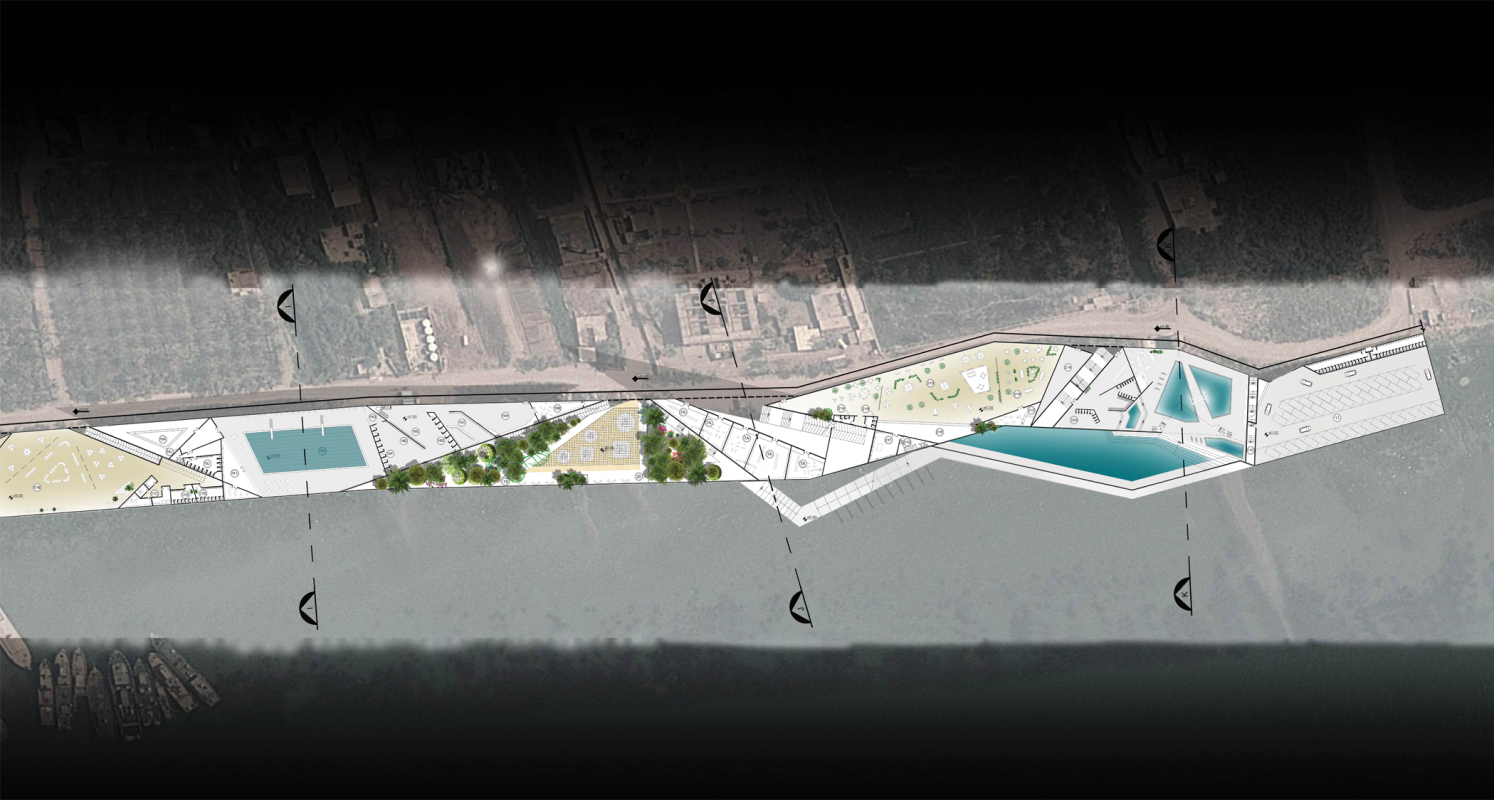 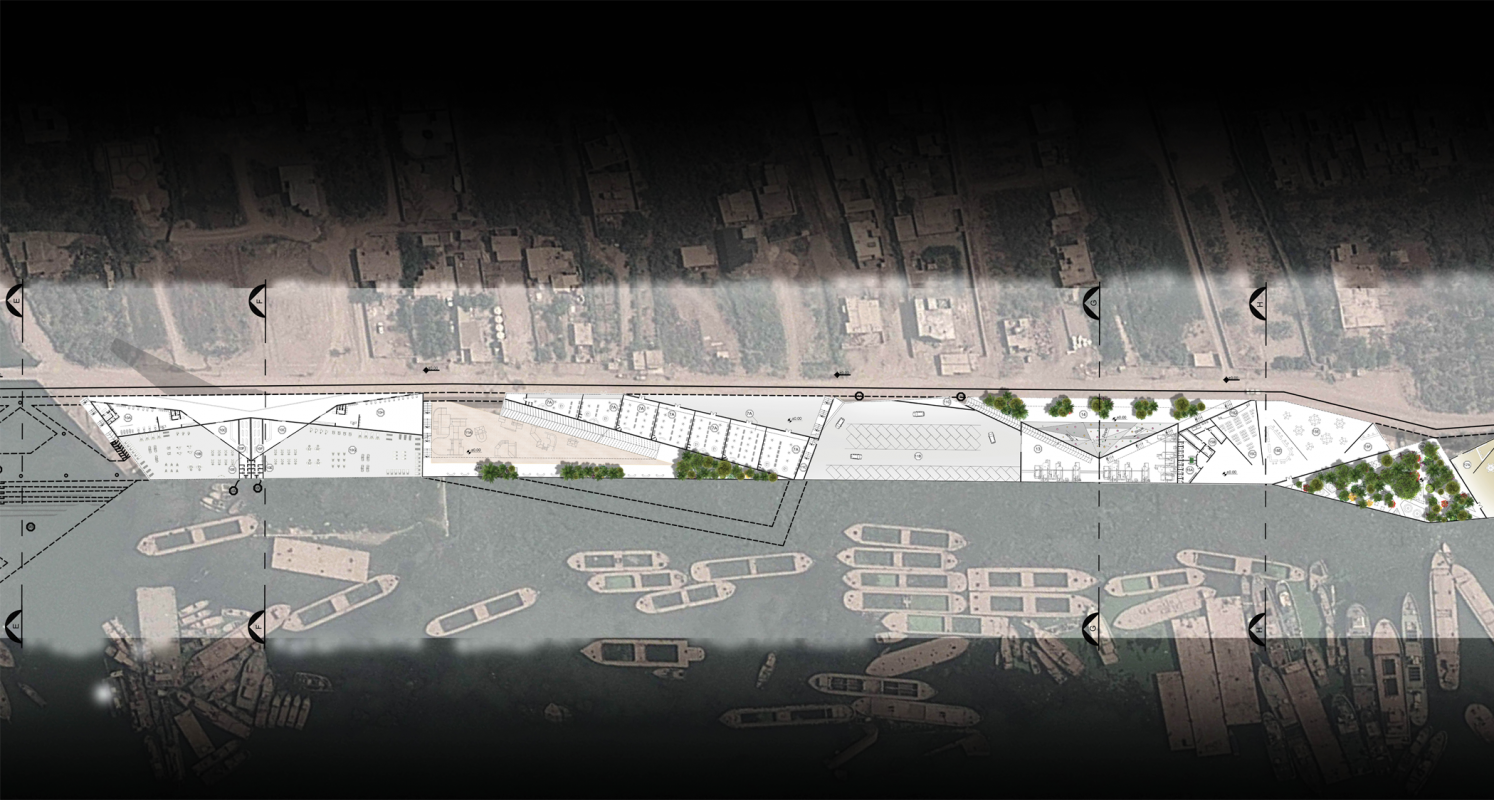 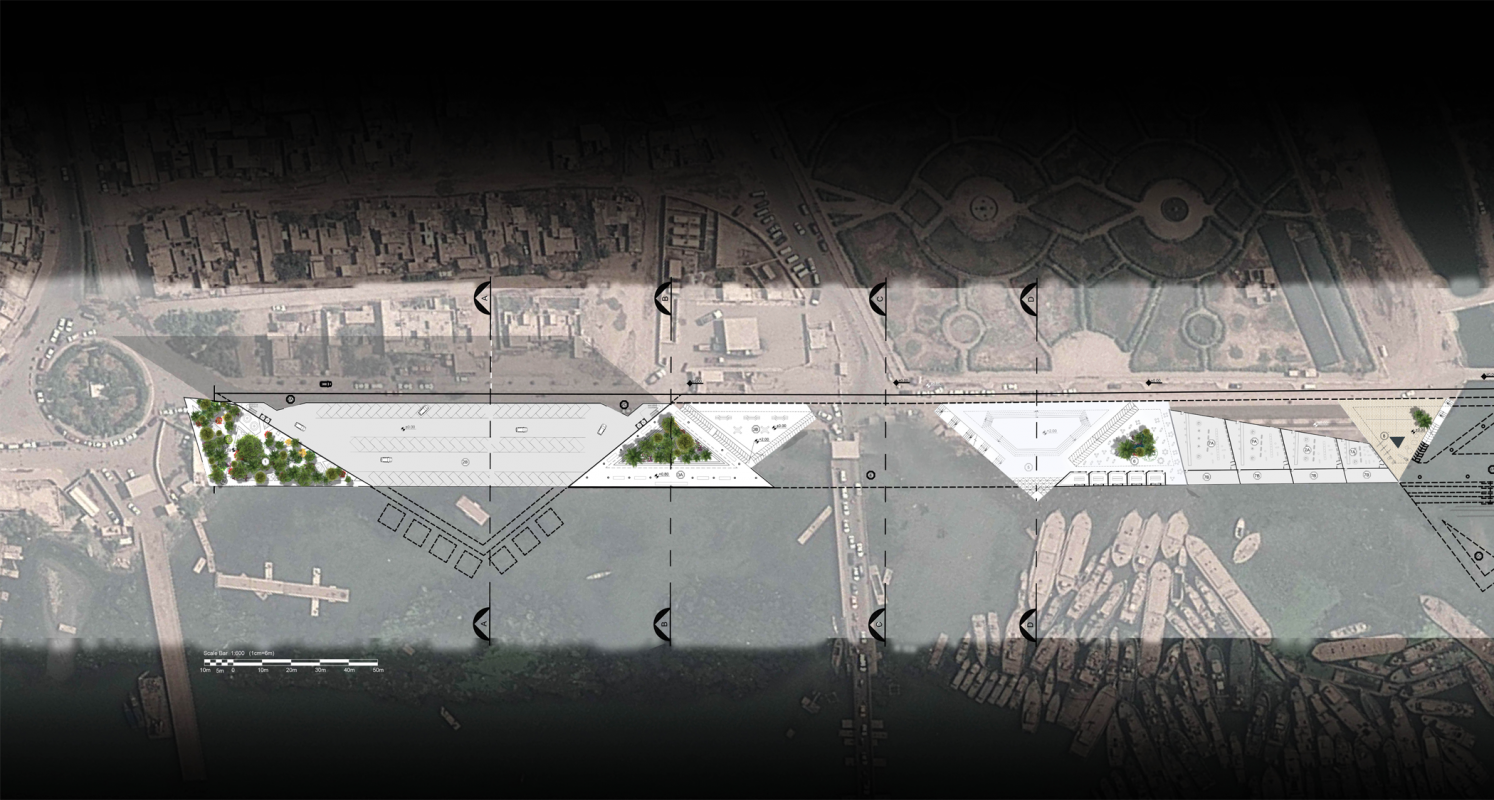 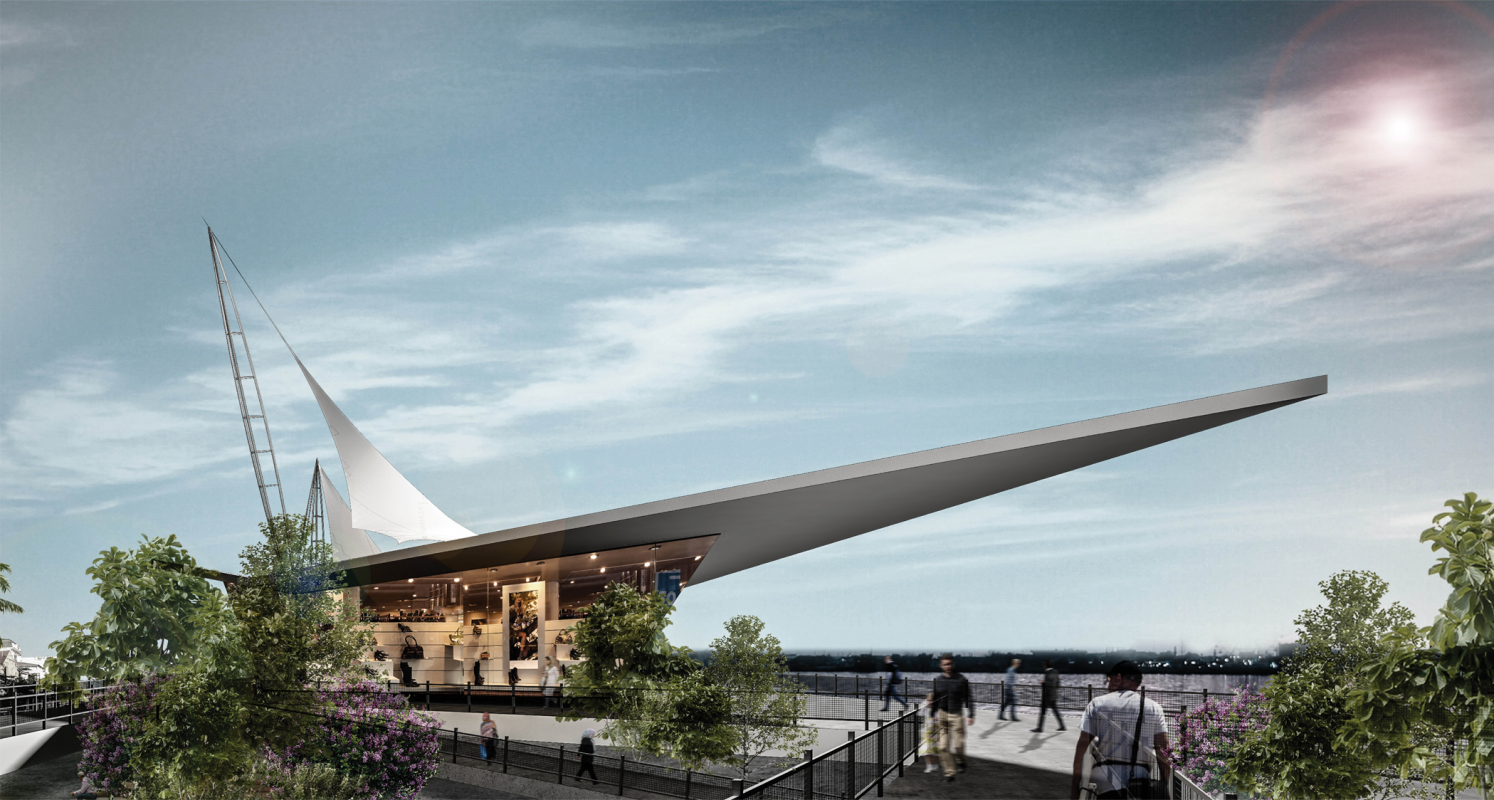 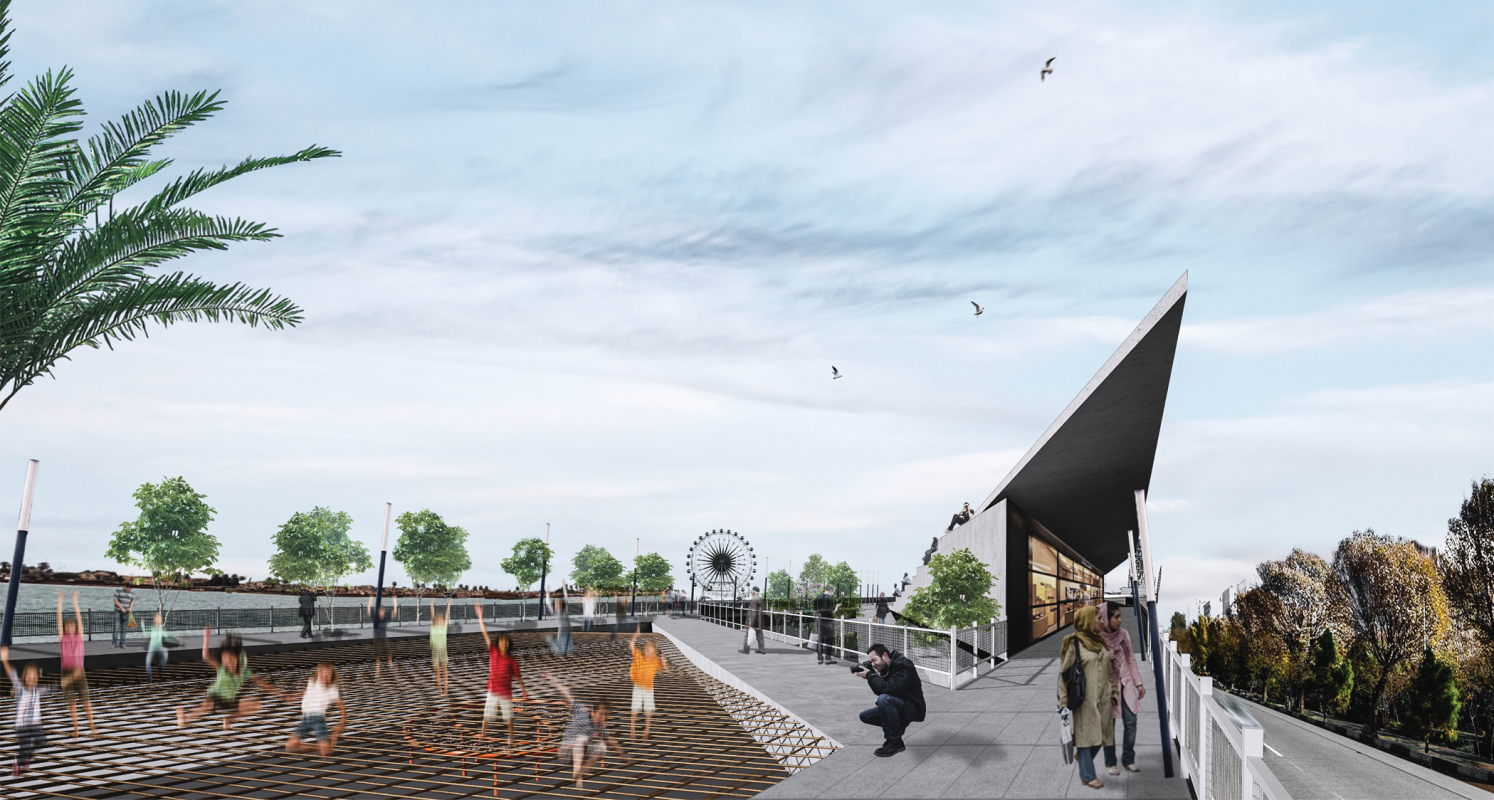 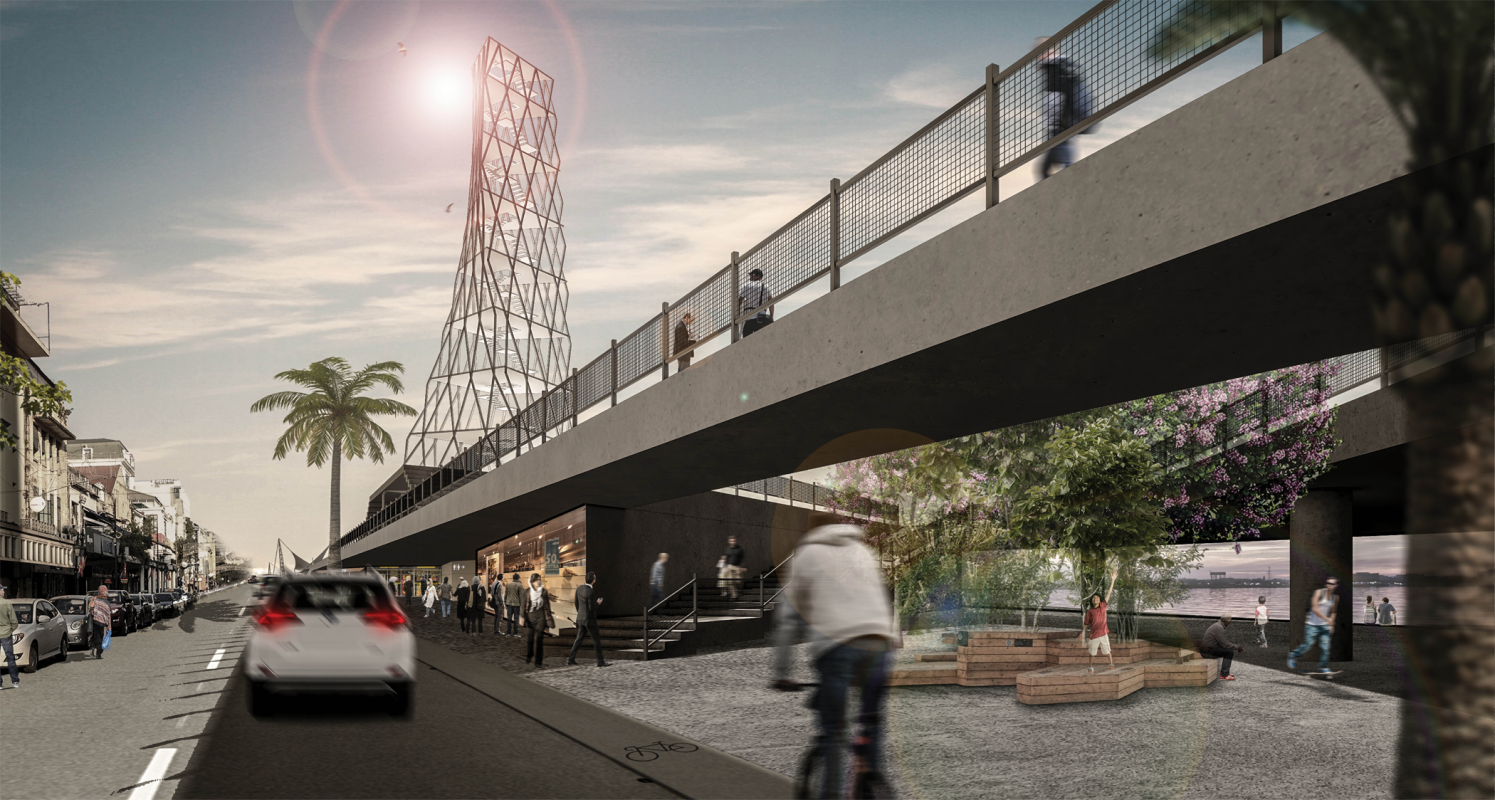 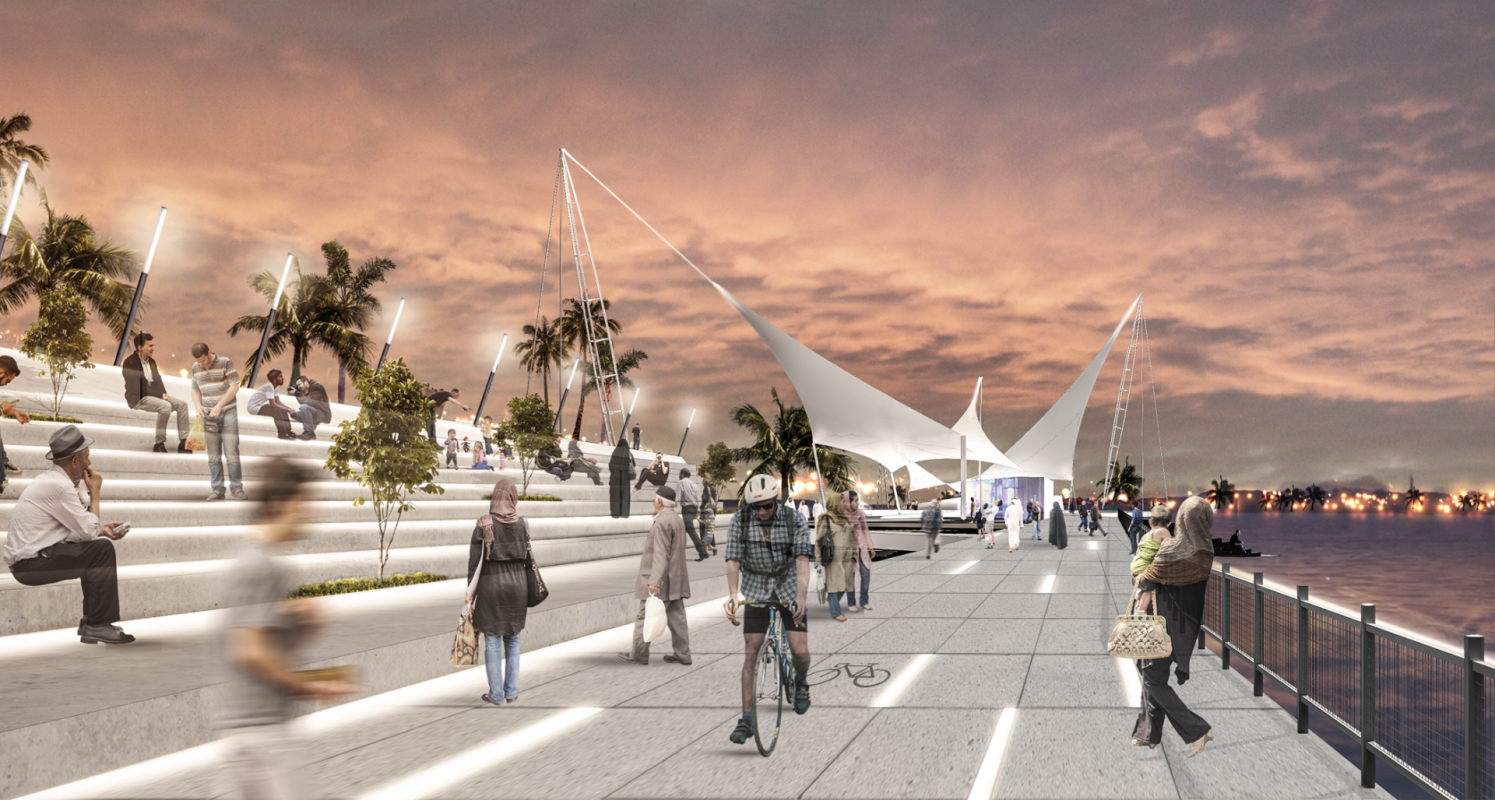 The Shat-al-Arab River passing through the city of Basra gives a pleasant and romantic experience to the city. In this design, the idea is to emphasize on the characteristics that this body of water can offer to the city as well as the energies and views that the city can offer to this water edge.

In this regard, the main idea was to have a zoomed out look at the city and choose the important landmarks on both sides of the river as important nodes to define the geometry of the design.

By having an elaborated visual connection between the site and its surrounding, the final design became a triangulated surface that freely goes up and down and creates different experiences, it goes up to create the viewpoints or to see better the surrounding landmarks, the river, and the cityscape and it goes down to open up the views which used to be between the major streets and landmarked before this project was built.

In this way, it tries to have the minimum visual obstacle between the two sides, and act more like a catalyst between the water and the street rather than a barrier.

Even though this project must be commercially beneficial, yet in order to pull in the users, there are free to use open spaces for people to enjoy and use the facilities at different scales.